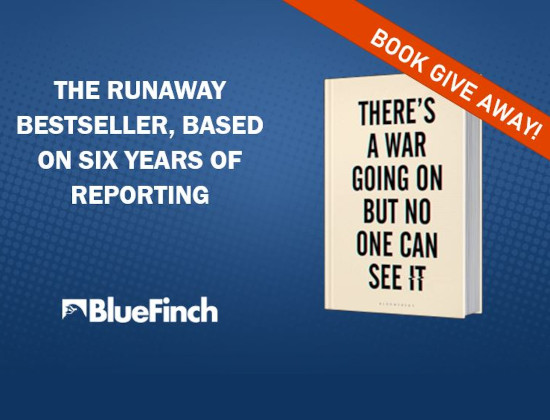 Posted at 16:11h in BlueFinch, Data Protection by BlueFinch

We spend the majority of our time on the internet reading short snippets of information about cyber security which makes it difficult to really understand the holistic view. Reading books, however, is an excellent way to get some additional and unique insight into the industry. Are you excited to read more in 2021? We have picked the most popular cyber security books and put together the list below.

1. There’s a War Going On But No One Can See It

Summer 2017: computer screens go blank in 150 countries. The NHS is so affected that hospitals can only take in patients for A&E. Ambulances are grounded. Computer screens turn on spontaneously and warnings appear. Employees who desperately pull the plugs are too late. Restarting is pointless; the computers are locked. And now the attackers ask each victim for money.
This is hijack software. It is just one example of how vulnerable the digital world has made us.
Based on the cases he investigated over a period of six years, award-winning Dutch journalist Huib Modderkolk takes the reader on a tour of the corridors and back doors of the globalised digital world. He reconstructs British-American espionage operations and reveals how the power relationships between countries enable intelligence services to share and withhold data from each other. Looking at key players including Edward Snowden, Russian hackers Cozy Bear and Evgeniy Bogachev, ‘the Pablo Escobar of the digital era’, Modderkolk opens our eyes to the dark underbelly of the digital world with the narrative drive of a thriller.

To celebrate cyber security month we are giving away 10  copies of this book! To participate in this giveaway visit the BlueFinch LinkedIn page!

Permanent Record showcases the story of Edward Snowden’s life leading up to the time he blew the whistle on the US government. Edward Snowden was so bothered by what he witnessed as an invasion of citizens’ privacy, the secretive intrusion by the government into our lives. Snowden details his journey from beginning to end which starts with his fascination with technology and hacking, a will to serve his own country, ending up working in the intelligence community, and his growing anxiety with finding out the National Security Agency’s practices of unlawful mass surveillance on a scale that was extraordinary. We all use technology, and most of us are doing it excessively, hence this fascinating and supremely engaging real-life read is quite relevant for every person out there.

3. Kingpin: how one hacker took over the billion-dollar cybercrime underground

Kingpin describes the life of the most San Francisco-based notorious computer hacker named Max Butler. He is the guy responsible for stealing about 2 million credit card numbers from banks, businesses, and even other hackers, which were used to rack up $86 million in fraudulent charges. The author himself is a former computer hacker and throughout the book, he sheds light on the advanced attack methods of the individuals involved in this massive criminal enterprise, the security holes in both hardware systems that serve as an open door to those with the computing skills to exploit them. Are you interested in cybercrime, hacking, online and banking security? If yes, this action novel that is filled with tons of real-life titbits is going to be an interesting read for you.

4. The Fifth Domain: Defending our country, our companies, and ourselves in the age of cyber threats

Unlike many other books written about cybersecurity that depict the terrifying landscape of the cyber world, “The Fifth Domain” gives a unique insight into how a government agency works, and how they fight to maintain its domain. The book also covers the stories of the Stuxnet virus that infected the Iranian nuclear agency. You will enjoy how they make very solid suggestions on how the government, private organisations, as well as individuals can enhance their cyber security practices. We recommend this book as it is highly likely that your beliefs on what you may or may not know about cybersecurity are going to be challenged.

“Spam Nation” will introduce you to the accurate picture of the spam underworld and its kingpins. What makes this book particularly interesting is that it will also help you thoroughly understand the political environment, especially in Russia, which has created fertile ground for spam. Of course, after reading several chapters about malware and spamming, you will naturally want to protect yourself. That is what the last chapter is all about, as it shares some advice on how you can protect yourself from cybercrime.

6. The Cuckoo’s Egg: Tracking a spy through the maze of computer espionage

Clifford Stoll’s first book, ”The Cuckoo’s Egg,” is both a gripping spy thriller and an intriguing introduction to the futuristic world of international computer networking. It presents a rare view from inside the global village that has been created by the new technologies of data communication. Most improbable of all, this is a true story, subverting our expectations in ways too surprising to be fictitious. The book’s narrator and reluctant hero is a perennial student living in a commune in Berkeley, Calif., at the time these events take place. He eats cashew-butter sandwiches for lunch, sews quilts for relaxation and commutes to work on a bicycle even in the rain: an unlikely character to mount a spy hunt that eventually involves him deeply with the Federal Bureau of Investigation, the Central Intelligence Agency and the National Security Agency.