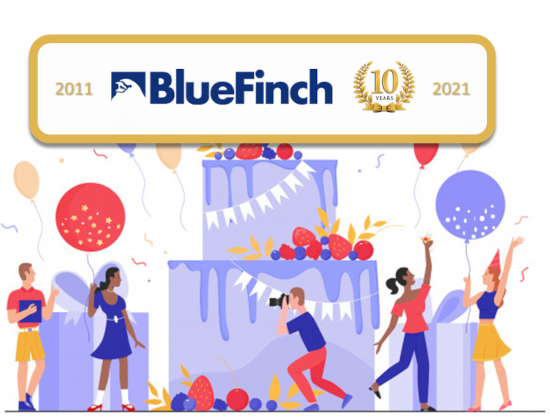 Posted at 10:00h in BlueFinch by BlueFinch

Although the deed of incorporation was officially signed on May 20, the official start date of BlueFinch was May 1st, 2011. Actually May 2nd, as this was the Monday that we all gathered at our fresh new office in Aalsmeer, very close to Schiphol Airport. And no matter how time sometimes seems to fly, much has happened in these past ten years. Let me tell you the short story of where we came from, where we went from there and where we are heading in these present days. 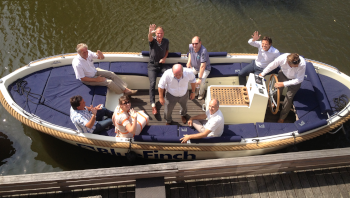 Early 2011, when the smoke of the financial crisis had almost cleared, we saw an opportunity with one bank that we were quite familiar with – the Royal Bank of Scotland. They acquired large parts of the Dutch ABN AMRO bank and were about to centralise and then move all relevant backoffice systems to their data centres in Scotland. They became our first customer and for the next 3 years our biggest one. BlueFinch had a jump start and had to grow from zero to a staff of 20 in less than a year.

In 2014, when most of the projects that we took on were completed, that could have been it. However, with all the experience that we gained and BlueFinch having evolved to a mature company, we felt far from ending this great adventure. Since our main focus had been on infrastructural and security related work, we steadily moved towards our current specialism: Secure Data Exchange and Protection. 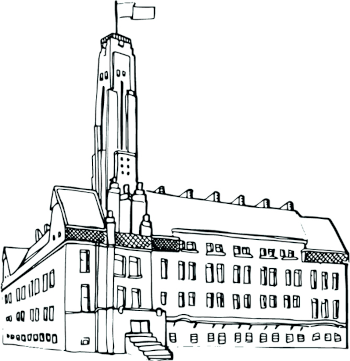 A few years later, BlueFinch had become a true specialist in the area of integration, with a very strong focus on managed file transfers and data loss prevention solutions. Thanks to the strong relationship with our software vendors, we were now designing and implementing our broad solutions for a growing number of large companies throughout the Benelux and Scandinavian countries. With the move to our new head office in The Hague, the Cyber Security capital of Europe, a new era had begun.

Today, BlueFinch is a proud and founding member of the BBES Group. Consisting of four alike companies in the Netherlands, France, Germany and Italy, this group is now a true European Integration and Security specialist serving more than 500 customers in over 16 countries!

So, let me conclude by saying that the path to where we stand today, was as exciting as the road we see ahead. As we keep growing, I would like to thank all our colleagues and loyal customers that we have served through the years. And of course: Congratulations to all!